Al B. Sure! (Alumni Artist)

Grammy nominated artist and music legend, Al B. Sure!, is much more than a smooth voice and a handsome face, he’s an entertainment industry renaissance man with three decades of staying power.

The triple-platinum selling hitmaker was not only an innovator and pioneer of the hugely popular New Jack Swing sound, he is a tireless songwriter, producer and former record executive. Brought into the music business by industry legends, Benny Medina, Andre Harrell, DJ Eddie F, and Quincy Jones, Al B. Sure! hasn’t slowed down yet.

Al B. Sure!, whose birth name is Albert Joseph Brown III, was a hand-picked mentee of his mentor, Quincy Jones. Jones selected Brown as the first winner of the Sony Innovators Talent Search. Subsequently, Brown went on to creatively collaborate with Jones on the platinum 1990 single “The Secret Garden (Sweet Seduction Suite)” from Jones’ double-platinum album, Back on the Block.  Al B. Sure! received the honor of being one of a quartet on the track with the great Barry White, James Ingram and El DeBarge.

Born in Boston and raised in Mount Vernon, New York, Al B. Sure! Is known for being a trailblazing chart-topper in the 80s and 90s, but few know that, as a writer-producer, he was responsible for the multi-platinum successes of other artists –– including Jodeci, Tevin Campbell, Faith Evans, Dave Hollister, Case, and Usher. The Jodeci classic, “Forever My Lady” was a love song Brown penned to his former wife and mother of his first-born son (Quincy), model Kim Porter (and former long time girlfriend to Sean “P. Diddy” Combs”), who has sense passed on.

Raised in a household that strongly espoused personal ethics and positive values, Al B. Sure! was always taught, “To whom much is given, much is required.” As a result, today, Brown is a very active philanthropist and community activist––lending his influence and help to scholarship, leadership, educational and charity programs. Brown is passionate about positively impacting vulnerable communities, including bringing awareness to the issues of racial injustice, education inequity, law enforcement abuse and the need for law enforcement accountability.

After producing some of the most romantic ballads, plus club-rattling beats of the 80s and 90s, Al B. Sure! is now a popularly syndicated radio personality in the Adult Contemporary category in markets all across the U.S. PRESS PLAY on Al B. Sure! 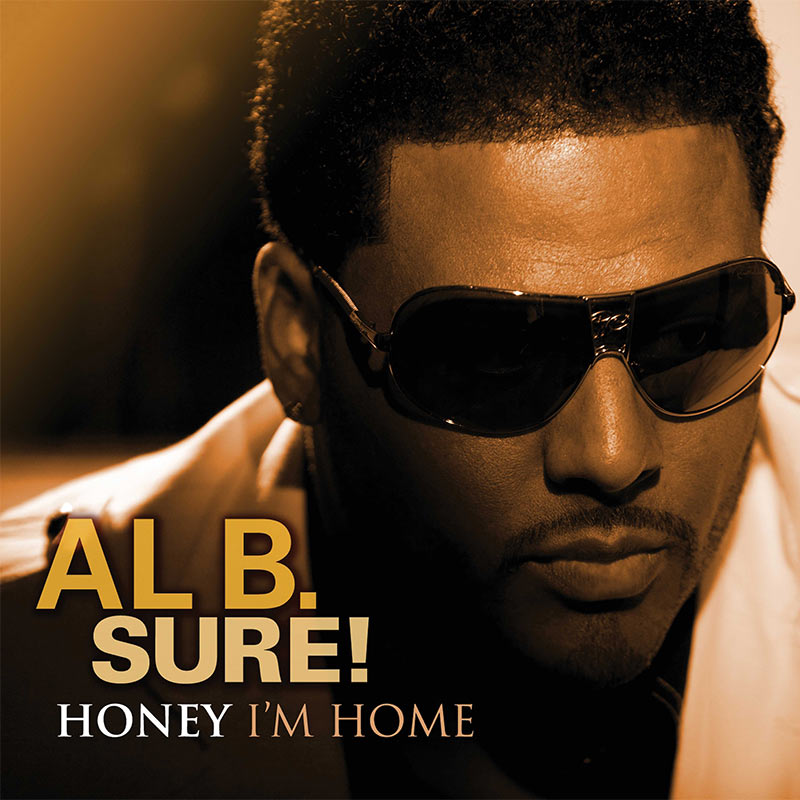 Al B. Sure Honey I’m Home

Al B. Sure, Featured Recordings