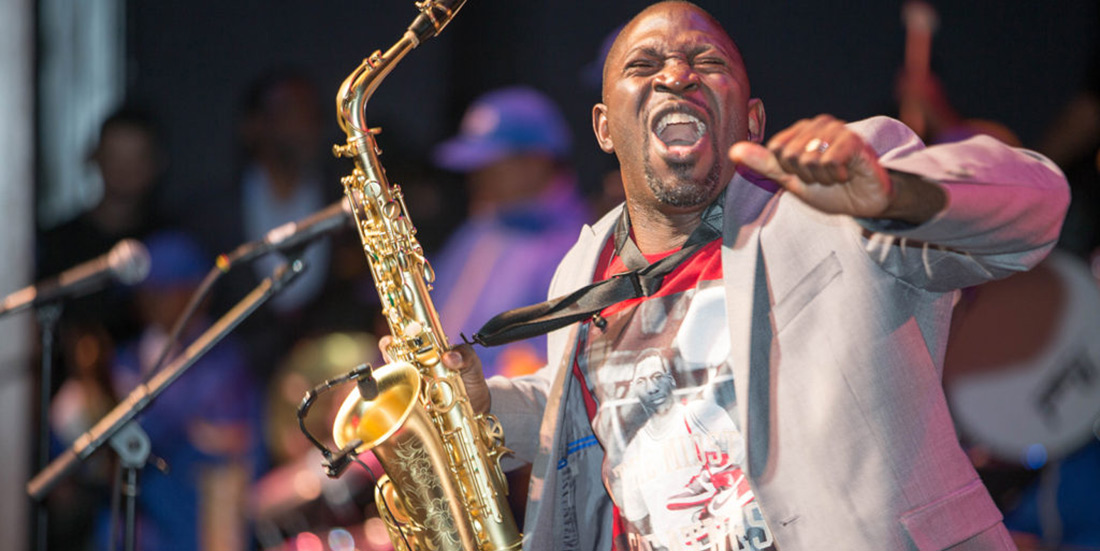 Mike Phillips hails from Mount Vernon, NY. He became interested in music at a young age, moving through several different instruments before settling on the saxophone. By the age of 16, he decided to play professionally. He made an impromptu New York debut at Wilson’s nightclub in New York in 1993, and that led to a series of session and sideman jobs in jazz, R&B, and even rap.

Phillips and his soulful yet funky grooves have wowed fans across the globe and earned standing ovations from audiences at the Montreux Jazz Festival, the Jamaica Jazz and Blues Festival and the inaugural balls for President’s Clinton and Obama. His television credits include performances on the Grammys, BET Awards, BET Honors and the Soul Train Awards. Phillips also served as musical director and host of the popular BET program Lyric Café.

Audiences around the world also know when Mike Phillips puts his saxophone to his lips, magic is about to happen. In a short time, the Mount Vernon, New York native (home of Sean “P. Diddy” Combs, and Heavy D) has exploded on the world music scene becoming the jazz man with hip-hop flavor known for blowing away audiences on stage, television and with chart-topping recordings.