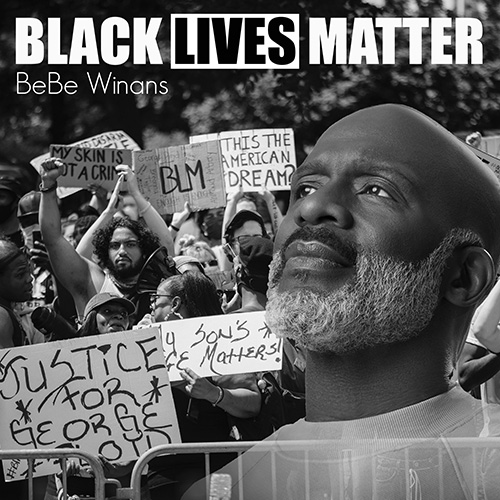 Benjamin "BeBe" Winans needs no introduction. Hidden Beach Recordings is always proud to partner with this six-time Grammy Award winning musical icon. And, whenever we do, it’s always to make a socially conscious mark upon the world.

Our latest alliance with BeBe Winans is a deep, powerful, heartfelt single release, entitled, “Black Lives Matter.” Knowing that––in tumultuous times, filled with social frustration and profound hurt––music has always been a way to inform and restore hope, our CEO and Founder, Steve McKeever, decided it was time to join forces with BeBe again.

Steve and BeBe both see music as the most powerful, universal language of mankind. Both men felt compelled to act in this time of need. Bebe said,“After witnessing the horrific tragedies of Freddie Gray, Ahmaud Arbery, Breonna Taylor, George Floyd and so many other countless lives being cut short, I started to think about the ways I could lend my voice to this movement. Music has always been a way to bring positivity, hope and people together; so I wanted to create a song that could help bring a sense of peace to this world for our children, including my own. Black. Lives. Matter.”

Steve, Hidden Beach’s dedicated visionary, added, “Music has an unrivaled capacity to bypass resistant minds—their fears and anxiety. Music invades the heart and soul of a person—where love and empathy live. Hopefully, BeBe’s voice will be an entry point for people to feel and understand the depth of the problem, so we can collectively find the solutions that are immediately needed.”

Proceeds from this incredible song and its emotionally moving video, created by Quantasy + Associates, will be donated to Black Lives Matter & Bryan Stevenson’s Equal Justice Initiative. The song is a fundraising vehicle for efforts to stem the rising tide of race based police murder and brutality happening against peoples of color.

In closing, Steve further added, “This is not the first time that BeBe, myself, and Hidden Beach have partnered to put out an important message. When BeBe wrote and performed the iconic “I Have A Dream” song, singing MLK’s most famous speech, our young interns, at the time, said: though they were taught King’s speech in history class, it was only then, through music––and its words sung by BeBe––that they fully heard King’s words. I expect this song to have the exact same effect upon the world.”

This timely and powerful composition, “Black Lives Matter” is now streaming everywhere. Share this important song with everyone you know––family, friends, and all of your social media circles. NOW is the time for us to come together, heal together, and “take action” together.

The staff at Hidden Beach